Our research into Clinical Excellence Awards handed out to staff at scandal-hit Mid-Staffs and Morecambe Bay NHS Trusts hit the headlines today. 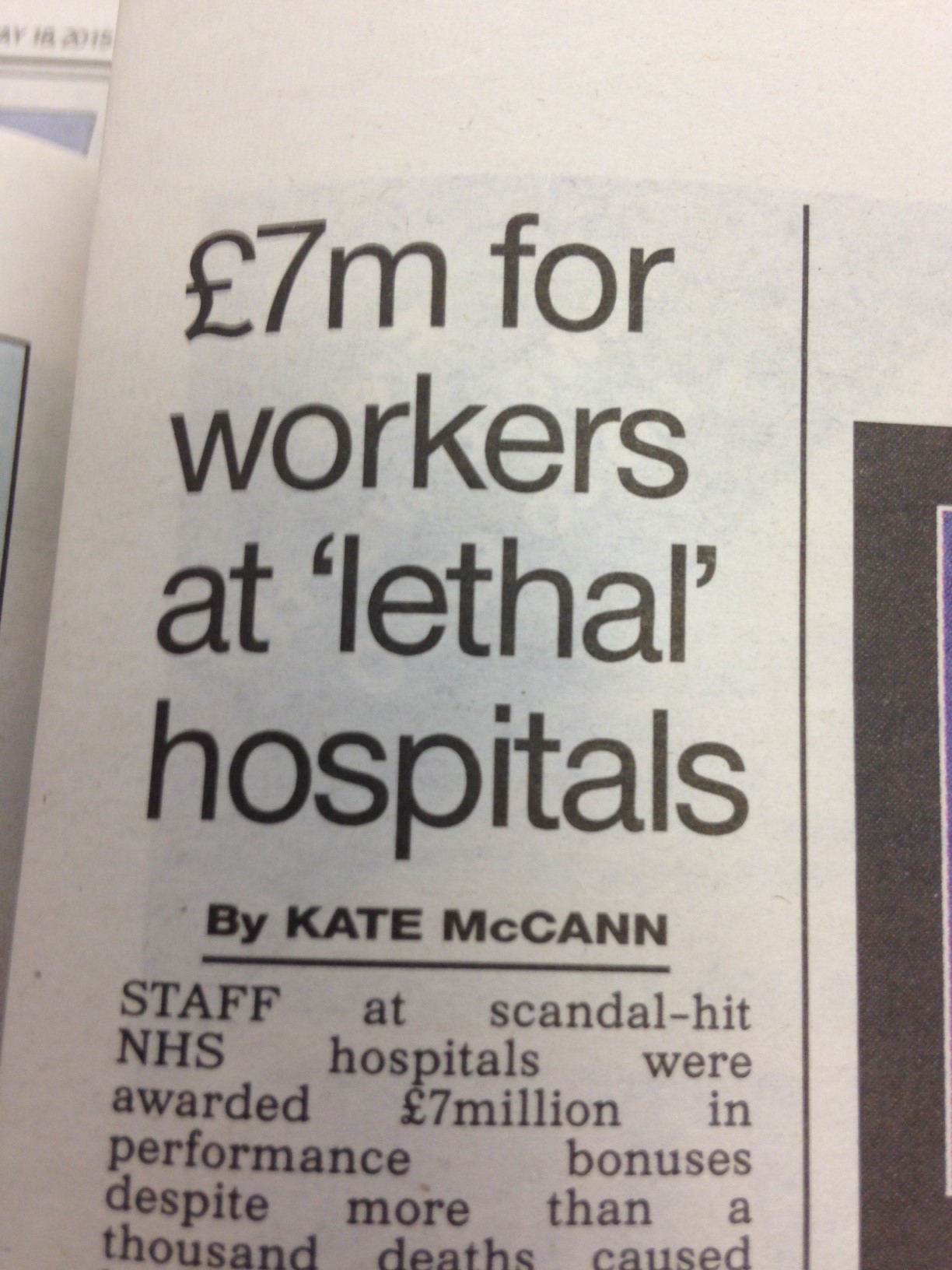 As well as The Sun, the research was also reported in today's Daily Telegraph, which also carries a quote from an unnamed critic who describes the Awards as nothing but a "gravy train" - words that the new government should heed.

The research was also covered by ITV News and local radio in the areas affected.