Students gathered at the Forum on the campus of the University of Exeter to hear TPA Chief Executive Jonathan Isaby talk about inter-generational debt.

"It’s time for politicians to come clean about how much of your money they are wasting," Jonathan told them. "We have a growing mountain of debt and it is going to have to be paid off by people like you."

"The average graduate leaves university with £44,000 worth of debt. Regardless of the rights and wrongs of tuition fees, that’s a hefty sum for somebody to lug around before they’ve even started working. But with £1.4 trillion of national debt, that’s another £22,000 of debt racked up by the government for every one of you and every other man, woman and child in the UK.

"It is politicians who are adding to the debt mountain. Every time the Tories promise to keep free bus passes for the richest pensioners or Labour swears to deliver taxpayer funded jobs for all unemployed people, or all parties lavish more money on an unreformed NHS, they are picking the pockets of the youngest voters. 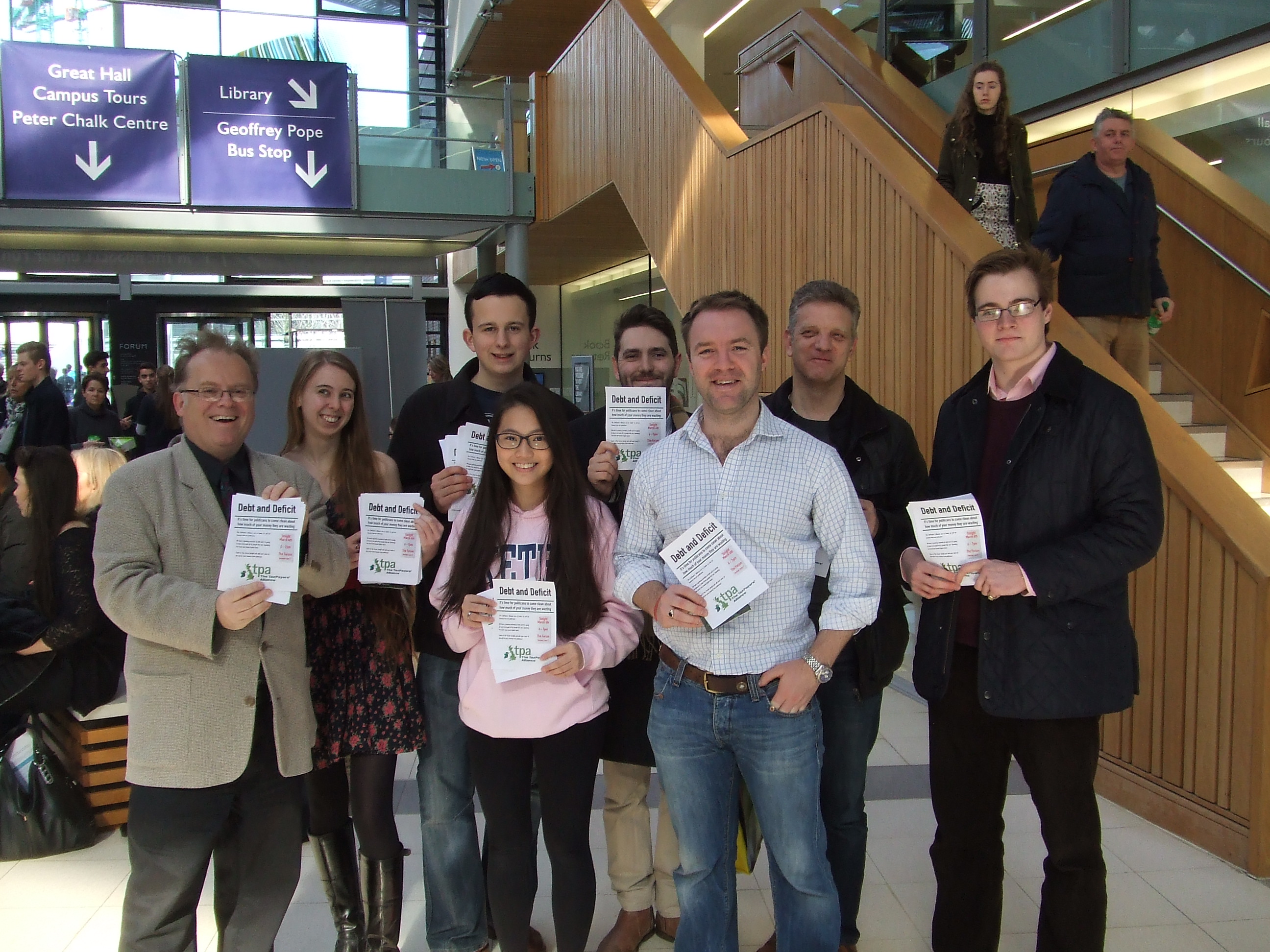 "It’s simply not fair for today’s politicians to pile debt upon debt onto the next generation," says Isaby, "safe in the knowledge that it might win them a few votes in the election and that they won’t have to deal with the consequences."

"That is why you can all wallow in the misery of being part of what I would term Generation Screwed. For decades to come, you will be paying the price—literally—for the irresponsibility of today’s politicians."

Young graduates on average salaries are already paying nearly half of their income in tax. The basic rate for someone earning £23,000 a year is 20% but once you add Employer’s and Employee’s National Insurance—plus student loan repayments—that rises to a whopping 48%. For every £100 a young graduate earns, they only see £52.

The message certainly struck home with some of the students at the Forum.

"The issue of inter-generational debt is one that will profoundly affect current students and future generations," says Exeter student Chris Carter. "If we do not call for honesty from our politicians concerning the long term ramifications of high debt and deficit, then future generations will be increasingly disadvantaged and spending the majority of their lives paying off the debts of previous generations—and that’s not really fair."