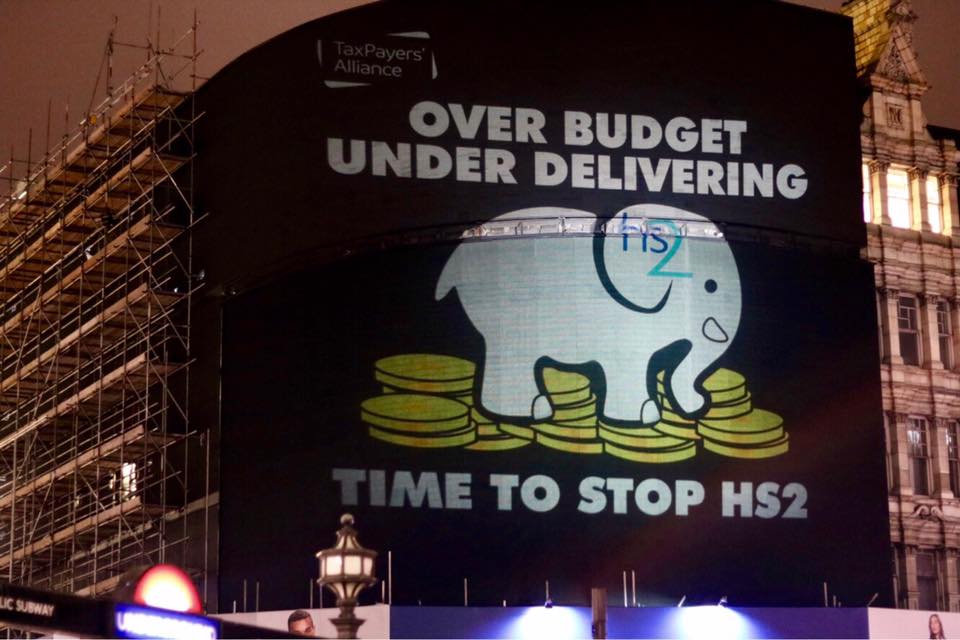 The projection, which spanned nearly half of the iconic advertising billboard that is currently switched off for refurbishment, simply said “Over budget. Under delivering. Time to stop HS2”, accompanied by a giant white elephant stood on a pile of gold coins.

“The imposition of this white elephant on taxpayers is ludicrous - and it is right that we remind people of that in the biggest, boldest way possible. The billboards at Piccadilly Circus are currently undergoing major refurbishment to bring it into the 21st century - providing live video streaming, weather and sports updates. It’s about time the Government followed suit and binned the failing, out-dated HS2 in favour of targeted, more effective and less expensive projects that would improve our digital and transport infrastructure."

"The Prime Minister talks about building a dynamic, bold new country where we embrace the future and stand at the forefront of science and technology. Stopping HS2 in its tracks would be a good place to start in doing that."