The ONS report, Sickness Absence in the Labour Market, shows that 2.9 per cent of working hours were lost to sickness in the public sector in 2013, compared to 1.8 per cent in the private sector. When broken down further, public sector health organisations lost 3.4 per cent of working hours, central government 3 per cent and local government 2.7 per cent. There are several underlying factors – those working in healthcare are more likely to be exposed to illnesses, for instance. 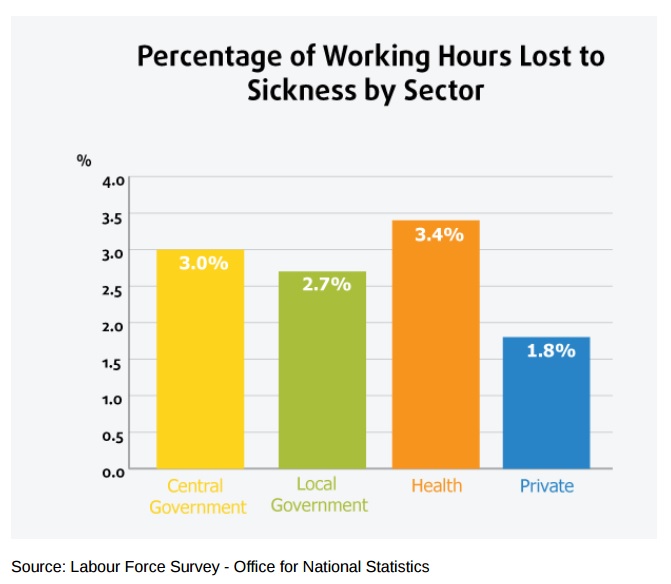 But when these figures are adjusted for workplace size, hours worked, age and region of the UK, sickness in the public sector is 24 per cent higher than the private sector. And the gap remains stubbornly high. Public sector productivity has picked up since 2010 as the overall headcount has decreased, but tackling excessive sickness rates compared to the rest of the economy would boost it further still. This would deliver better value for money.