Back in June 2012, Bristol City Council decided it would try to bring in a Workplace Parking Levy (WPL). They wanted to charge £1 a day per employee for companies with their own car parks. We caught wind of their plans and launched a grassroots campaign with local businesses to put a stop to their asinine idea. You can read all about the initial campaign in a blog we wrote at the time.

After growing our coalition to include a few other campaign groups, we held several impactful action days.

After just a few months, we had declared victory! The massive climb down by the City Council was a direct result of the pressure we were able to put on them through the hard work of our activists and local businesses.

Fast forward to 2019, and Bristol City Council and mayor Marvin Rees decided to pick up this daft idea once again.

Our analysis has revealed that approximately 52,000 people working in Bristol could be affected by the council's planned workplace parking levy. This tax on Bristol's workplace parking spaces is designed to raise £20.8 million in council revenue, all at the expense of Bristol taxpayers. 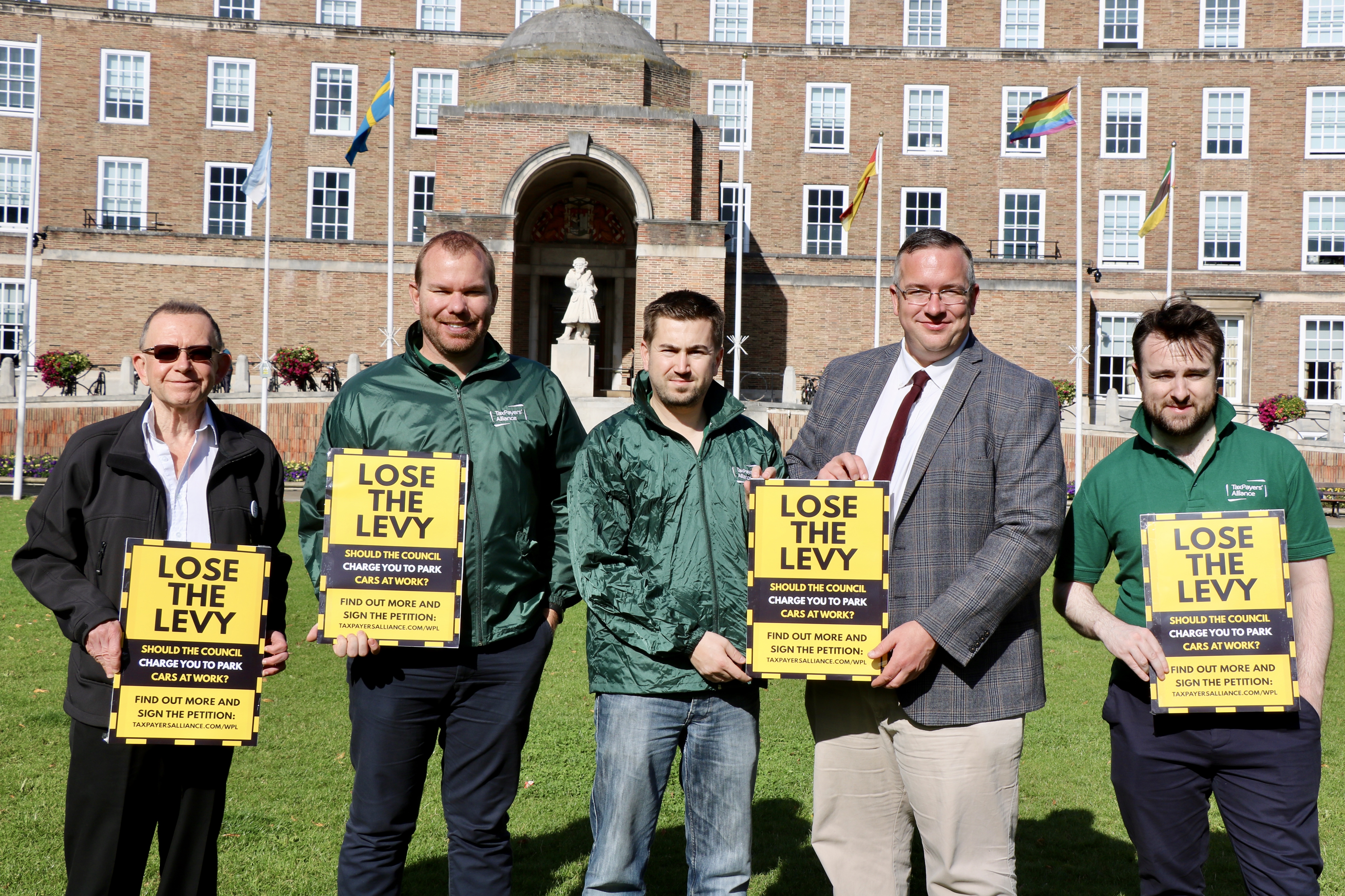 We held an action day in September 2019 in Bristol against the proposals.